The changes in technology will revolutionize the future

The changes in technology will revolutionize the future

The digital economy used to be called the internet economy and seen as a completely separate unity from the traditional economy. Terminology such as the “internet of value” and the “fourth industrial revolution” started to emerge.

The reason we have the opportunity to innovate within the digitalization of the economy is that we have and we are continuously connecting people, devises and machines. The internet of things is paving the way into the new era of digitalization.

New players in the market are reshaping the way we think and act within within the legal and taxation framework. We are moving ahead with such an intense speed, that the legislators are having an increasingly tough time keeping up with innovation and the new needs and demands of business and consumers.

Connectivity and rethinking things like trust are one by one removing friction and intermediaries in traditional industries. Uber, Airbnb, Amazon and the new solution providers within the Banking industry are re-imagining the conventional boundaries of “the economy.”

For the Banking industry, the Open Banking trend and the use cases based on Blockchain will be the ones that are going to transform what we thought we knew about Banking and payments, very fast. The volumes in national and international payments are massive and re-thinking the way the payments move from days to seconds, and the way we can start creating value from the payment ecosystems will create an even more significant disruption than the Internet. Who would have thought a few years ago that Ripple will be taking on SWIFT?

In the last ten years, many alternative financial products emerged on the global market. They are covering all aspects of financial services, and many others are yet to come. Customers from around the world are quickly adopting their services, as they provide additional value or an alternative to the existing banking products. The same is happening now, when we have Fintec companies, Banks and governments co innovating around Blockchain.

We will start seeing new solutions that will support the creation of new ways of working within companies and especially within the Financial department.

How are you preparing for the new digital economy? 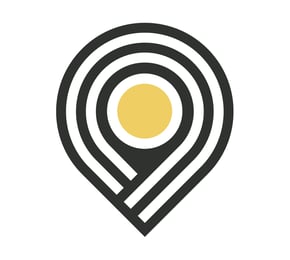 Solving the bread and butter challenges of treasury – Part Two

Solving the bread and butter challenges of treasury – Part One